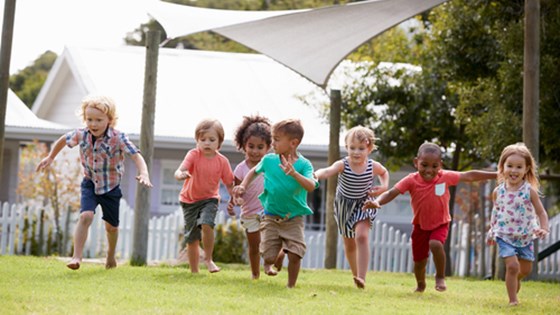 You can view the recording from the event below:

More info on our panellists

Angela Donkin (Chief Social Scientist, NFER)
NFER’s Chief Social Scientist, Angela Donkin, contributes to ensuring that NFER’s policy and practice-focused research and analysis is responsive to the evidence and insight needs of the education community. She has an international reputation as an expert on early years and inequalities in children’s attainment. As an expert on tackling inequality, and from over 25 years working in government and academia, her specialist knowledge covers children, education, work, income, and drivers of health outcomes.

Caroline Sharp (Research Director, NFER)
Caroline’s research focuses on social mobility and education in the early years among other areas of interest. As well as directing the IELS research in England for DfE, she recently directed the North East primary literacy scale up evaluation for EEF and research into schools’ responses to Covid-19 (funded by Nuffield/NFER). Caroline has previously directed national research into schools’ support for disadvantaged pupils as well as studies on children’s centres, children starting school, season of birth and educational transition.

Cassie Buchanan OBE (Executive Headteacher and Trust Leader, Charles Dickens Primary School and Nursery, and The Charter Schools Educational Trust)
Cassie was pivotal in overseeing Charles Dickens’ role as the lead school for the London South Teaching School Hub and the establishment of the EEF Charles Dickens Research School. Charles Dickens Primary has also been recognised as outstanding by Ofsted in 2008 and 2019. Cassie is a National Leader of Education, Fellow of the Royal Society of Arts, former Ofsted inspector and Challenge Partners Senior Partner.
Cassie is committed to the importance of evidence-informed teaching practice and supporting schools in the effective use of research and other evidence in developing highly successful schools for all children. Cassie has contributed to several DFE advisory boards including those relating to flexible working, school improvement, teacher workload and IELS.

Kathy Sylva OBE (Professor of Educational Psychology, University of Oxford)
Kathy has carried out many research studies on preschool development and education, and has particular expertise in the effects of early education and care (including parenting) on children’s development.
After completing BA, MA and PhD at Harvard, she moved to England where she began a life-time’s study of the contribution of guided play to children’s learning. She is well-known for longitudinal studies and for robust trials of interventions in both the UK and low income countries.
Her current research, funded by the Sutton Trust, focuses on CPD to support language in children attending PVI settings during the Covid-19 pandemic. She was awarded an OBE in 2008 for services to children and families and the British Education Association’s Nisbett Award for outstanding contribution to educational research in 2014. Kathy is a Fellow of the British Academy, the British Psychological Society and the Academy of Social Sciences.

Iram Siraj OBE (Professor of Child Development and Education, University of Oxford)
Iram is currently convener of the Child Development and Learning (CDL) research group and the co-ordinator for the Language, Cognition and Development (LCD) Theme in the department.
Before joining the department at University of Oxford in 2018 Iram held positions at the University of Warwick, University College London and the University of Wollongong. She is currently an ajunct professor at the University of Stavanger and a visiting professor at the universities of Wollongong and UCL. She has held visiting professorships in other universities in Ireland, England, Wales, Australia, China, New Zealand and Hong Kong.
Iram has an international reputation for her longitudinal research and policy expertise. She has co-directed a number of influential studies, including the Effective Provision of Pre-school, Primary and Secondary Education (EPPSE, DfE, 1997-2014) study, the transformative Researching Effective Pedagogy in the Early Years (REPEY, DfE, 2002) study, and the associated Effective Leadership in the Early Years Sector (ELEYS) Study. She has also studied Effective Early Educational Experiences in Australia (E4Kids, Australian Research Council and Victoria and Queensland Governments. 2009-2015).
She has been on a number of editorial boards including the American Educational Research Journal. Iram was awarded an OBE for her services to ECEC in 2015.

Frances Forsyth (Senior Research Officer, Early Years Outcomes and Interventions Research, Department for Education)
Frances is DfE’s project manager for OECD’s International Early Learning and Child Wellbeing Study (IELS) in England. She has several years’ experience as a social researcher at DfE, where she has managed a range of research and evaluation projects on early childhood development and early years provision, as well as other international research studies such as the Teaching and Learning International Survey (TALIS). She holds an MSc in Social Research Methods from the London School of Economics. Outside work she enjoys yoga and running.