Bad policy is, at best, a waste of resources and, at worst, damaging to those it intends to help. To prevent such situations, we need reliable data to facilitate effective analysis and policy.

One of the best sources of data about educational outcomes in the Global South is the Young Lives study, which is carrying out longitudinal research on childhood poverty in Ethiopia, India, Peru and Vietnam. Young Lives School surveys, which provide valuable insights on student achievement, school effectiveness, and equity issues, and are an important component of this research.

I analysed the data focusing on Ethiopia ahead of the launch of the 2016–17 round of the Young Lives Schools Survey, which takes place today on Monday 4 September. I revisited the most recent data from 2012–13 to explore several factors affecting maths achievement and pupil absence. The data collected comes from 12-year-olds, and achievement is measured at the beginning and end of the school year.

These findings from the past round will provide a useful perspective on trends we may observe in the new data. According to my analysis:

These findings are largely in line with wider research, so to look deeper into the data I next examined the relative role of pupil-level and institutional factors.

I used a modelling technique to investigate the influence of the unexplained/unaccounted for characteristics of pupils, classes and schools on maths achievement and absence. This also allows us to look inwards at each level (pupil, class and school) to examine, for example, how similar a pupil’s absence is to their peers in the same class. 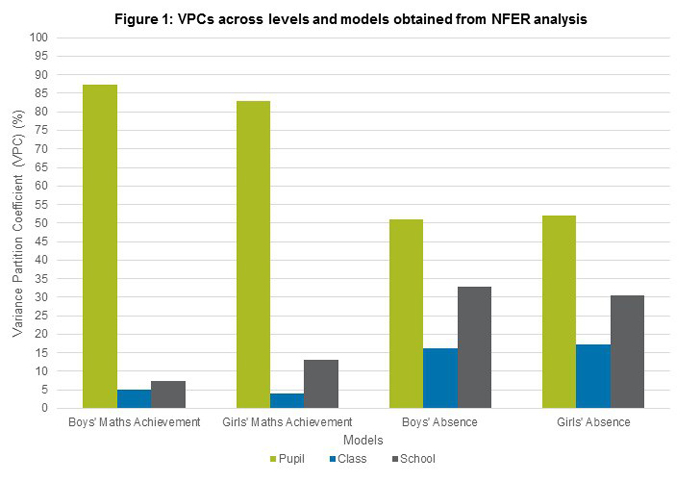 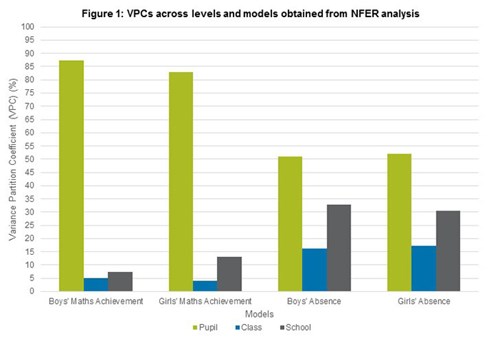 These findings raise several interesting questions, particularly as some of them seem counter to the Heyneman-Loxley effect, which posits that school-level factors are more influential than pupil-level factors in lower income countries.

Because the 2016–17 round of data has students longitudinally linked to the 2012–13 data, future research could compare lower and upper-primary phases, and potentially answer questions such as:

The forthcoming 2016–2017 data round should continue the Young Lives track record of providing excellent evidence on childhood poverty. Stay tuned to the NFER website for our growing number of analyses on how data can inform policies to promote improved opportunities for all children.

The launch of the key findings from the 2016–17 Young Lives School Survey can be live streamed on Monday 4 September from 2–5pm, here.