The education sector and mental health

Frayed at the edges and creaking at the seams: health and education sectors struggling to meet the mental health and wellbeing needs of children.

Last week the OECD and NFER reported on the Programme for International Student Assessment (PISA), a large international study of 15 year olds. While teenagers in the UK are as likely as their OECD counterparts to be happy some or all of the time, our teenagers were 68th out of 71 countries in terms of life satisfaction – at the bottom, not the top.  Only 53% reported feeling satisfied with their life, compared to 67% on average for OECD countries, and we had dropped more than any other country since 2015.

Across the UK, our teenagers are more likely to be miserable, worried and feeling like their life has no meaning. 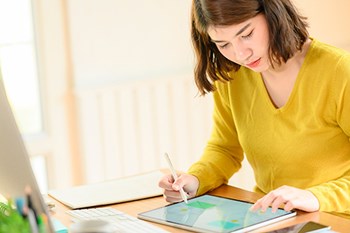 Today, NFER reports from its Teacher Voice Omnibus Survey, and specifically on findings from 448 senior leaders (272 from primary schools and 176 from secondary schools), on the extent to which funding and staff time is being influenced by demands that are outside the core business of teaching. As research goes, it is on a completely different scale to PISA, but it does highlight some findings that are worthy of further attention.

Here’s what they expressed:

However, it should also be noted that between 20% and 30% of primary and secondary school leaders said they used untrained teachers, teaching assistants and the school management team to deliver mental health and wellbeing services.

Seven in ten primary and secondary leaders reported spending a larger percentage of their budget on mental health and wellbeing services than in the previous year. More than eight in ten of these reporting that they had ‘received no additional funding’, rising to nearly all schools reporting that they did not receive enough (99% and 96% respectively) if we also include those who had received some funding but felt that it didn’t cover all the costs.

Will further research shape the future?

These two pieces of research coming together align with what we know from the health sector Children and Adolescent Mental Health Services (CAHMS) referrals are up and waiting times are long as staff struggle with demand.

Quite why children are less satisfied than their OECD counterparts, and why they feel much less satisfied than in 2015, is something that NFER want to look into further. Some reasons may be cultural about how we express ourselves, some blame could be put at the door of increasing poverty rates, the pressure from social media, lack of exercise, climate change, or even the uncertainty surrounding Brexit. We need to find out.

But a key point is that there are two approaches to tackling poor health and wellbeing: one is to prevent it and the other is to treat the symptoms. Both the health and schools sectors have insufficient resources to treat. Clearly, there is an urgent need to increase resources to reduce pressure on these two sectors that are currently struggling with recruitment and retention of staff. However more needs to be done on prevention, and we need to talk to and listen to teenagers to better understand this issue, and help shape what prevention and support should look like.

(High workloads are a major contributor to the teacher retention crisis, (We could add NFER Link?) so we need to consider whether this demand on staff time is sustainable.)