Happy or not? – How wellbeing in young people in the UK is changing 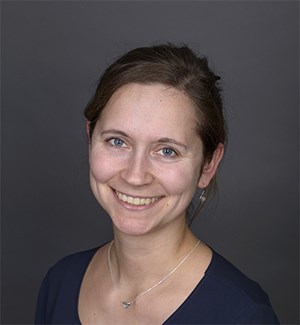 There is a current downward trend of wellbeing in adolescents across many countries, with young people reporting that they are becoming less and less happy with their lives (Ottová-Jordan et al., 2015; The Children’s Society, 2020). Adolescents transitioning from childhood to adulthood often have lower wellbeing than their younger or older peers, suggesting a ‘u-shaped’ curve of wellbeing across secondary-school pupils (Department of Health and Social Care, 2015). This is a striking finding because during adolescence, major cognitive, emotional, behavioural and neurochemical changes take place which may explain why mental disorders often emerge before the age of 14 (Kessler et al., 2005). As discussed in the OECD report (2019), if experienced sporadically, negative feelings such as fear are beneficial, for instance for learning how to prevent risky behaviours. As such, it is important to monitor wellbeing in school-aged pupils.

What can PISA tell us about young people’s wellbeing in the UK?
In 2018, the Programme for International Student Assessment (PISA) asked participating pupils about their wellbeing. Across all 79 participating OECD countries, 67% of pupils reported that they were generally satisfied with their lives, but the proportion of satisfied 15-year olds shrank by 5 percentage points since 2015 (OECD, 2019). Looking a bit closer to home, young people’s life satisfaction in the UK was significantly lower than the OECD average, with 53% agreeing that they were satisfied with their lives. The proportion of satisfied 15-year-olds in the UK dropped at a faster rate than anywhere else since 2015 (OECD, 2019).

When we investigated which factors played a particular role in wellbeing in England, Wales and Northern Ireland in 2018, we identified that the strength of personal relationships was the most important factor linked to pupils’ wellbeing. As such, sense of belonging at school, that is for example not feeling out of place in school or making friends easily at school, had the highest correlation with life-satisfaction, followed closely by the strength of parental- and then teacher-relationships. In 2018, the majority of young people in the UK agreed or strongly agreed that they felt like they belonged at school, but since 2015 perceived sense of belonging in school as well as perceived parental support has significantly decreased in England, Wales and Northern Ireland, whereas perceived teacher feedback has increased (see Fig 1).

Figure 1. Changes in life-satisfaction, sense of belonging, emotional parental support and perceived teacher feedback from 2015 to 2018.

We also found interesting country-specific effects. For Wales, pupils who reported higher levels of emotional parental support tended to perform better in reading, maths and science, but only for those from advantaged backgrounds. In Northern Ireland, this effect was only true for performance in science, whilst in England, no such relationship was found. Further, for both Wales and Northern Ireland, a higher degree of fear of failure, that is a tendency to avoid mistakes [2], was linked to better reading scores – again, this was not true for England.

Ways to support pupils’ wellbeing during the COVID-19 pandemic
The PISA data was collected before the global pandemic hit the UK in 2020. Undoubtedly, young people’s experiences as a consequence of COVID-19 and the resulting lockdown have since further impacted on their wellbeing (The Children’s Society, 2020; NHS Digital, 2020). The 2018 PISA cohort is now facing additional challenges as they embark on their future career paths.

NFER has recently looked at ways to support the wellbeing of young people inside and outside of traditional school settings, which is of particular relevance in the current situation. A survey in collaboration with The Duke of Edinburgh’s Award (DofE) suggested that structured extra-curricular activities, such as the DofE, can have positive effects on young people’s wellbeing, with 62% of participants stating that doing their DofE made them more confident in overcoming difficult situations (NFER and the DofE, 2020). Extra-curricular learning has played an important role for young people during the pandemic, helping to boost their resilience, confidence and mental health (the DofE, 2020). However, access to these kinds of activities may now be under threat, due to added academic and financial pressures on young people caused by COVID-19 (for the detailed DofE wellbeing report, please see www.dofe.org/wellbeing-report).

Consequently, it may be more important than ever to address the themes we identified as being important to pupils’ wellbeing–pupils’ perceived sense of belonging and positive interactions with others, not only in school contexts but also through alternative channels. As many pupils are home-schooling, Public Health England Guidance (2020) encourages caregivers to support safe ways for children and young people to connect with their friends online or via phone calls. Potential lessons could be applied across the UK such as exploring what schools and others can do to support positive relationships with peers and family. Whether digitally or in person, it is advantageous to continue to reinforce positive relationships between pupils and staff by encouraging positive teacher feedback, as well as positive relationships between pupils. For example, programmes such as peer-support or mentoring can help to create a positive learning environment inside as well as outside of schools and therefore support pupils’ wellbeing, as long as they are implemented carefully and monitored well.

[1] This research was commissioned as part of the PISA 2018 national centre for England, Wales and Northern Ireland. The analysis of Scotland was out of scope.

[2] OECD defines ‘fear of failure’ as ‘the tendency to avoid mistakes because they may be regarded as shameful and could signal a lack of innate ability and perhaps even an uncertain future (Atkinson, 1957[2]; Conroy, Willow and Metzler, 2002[3])’ (2019, page 188). ’Fear of failure’ in this context is, therefore, a measure of self-doubt or sensitivity to failure.