International Women’s Day (8 March) is a worldwide event that celebrates the social, economic, cultural and political achievements of women – throughout history – while calling for gender equality. This year’s theme, #BalanceForBetter, is calling for a gender-balanced world. Here at NFER, not only do we have a female CEO and Chair, three out of the four director roles in the organisation are held by women.

To celebrate International Women’s Day, our Director of Communications, Maddie Wheeler, discusses what it’s like being a woman in a leadership role and gives her advice on how to succeed in a leader role. 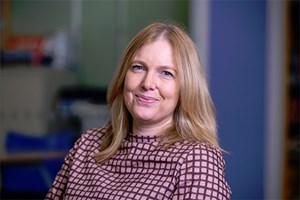 What is your leadership style?

I would say my leadership style is definitely open, and I would hope it's empowering. I aim for a balance between being ambitious and challenging but also being fair and giving reward and praise when it’s due. My team will tell you whether I actually achieve that! There is nothing more rewarding as a leader than to see individuals in your team grow and progress.

What do you think is the biggest challenge women in leadership roles are faced with?

Managing the progress of your career around maternity leave(s). Such is the pace of change in many organisations, taking a year out can set you back considerably more than a year in less enlightened organisations. And whilst ‘macho culture’ is very much out of vogue now (unlike maybe 10 years ago) it does still exist, so if you want to achieve a work and family balance in a senior role it very much depends on the type of organisation you work in as to whether that is achievable.

Is there a difference between male and female leadership in your experience?

That’s a tough one. In my experience, I think women tend to suffer more from ‘imposter syndrome’ and worry about being good enough. That said, uncertainty and lack of confidence isn’t exclusive to women!

“Leadership and mentoring is about understanding people and listening to what their hopes and concerns are.”

Have you encountered any roadblocks in your career, and how did you overcome them?

Over a 25 year career it’s inevitable that you will get a variety of bosses – some that inspire you and support your development, and some that just don’t ‘get you’. When I was unfortunate enough to have the latter, I just focused on what I was good at and remaining confident in that. Ride out the storm and it will pass. Fortunately, I now have a boss who is both challenging and supportive – a perfect combination.

What have you learned about leadership and mentoring others?

It sounds simple, but it’s important to listen. Leadership and mentoring isn’t about ‘pronouncements of wisdom’ (although there may be some of that) it’s about understanding people and listening to what their hopes and concerns are. Then working out how you can help them unlock their potential. It’s about enablement.

What advice would you give to others looking to take on a leadership role?

Be authentic. Whilst taking inspiration and learning from people you admire is great, it’s important to succeed by being yourself and not trying to be someone else. It will always find you out. Also, never let anyone else put limits on your progression.

What motivates you to get out of bed in the morning?

I’m an edu-nerd! I am passionate about education, but I know I could never be a teacher. I admire them so much – I am married to one so know something of what it takes to do that job. My role at NFER allows me to immerse myself in education and view it from many different perspectives. Also, no two days are the same working in a communications role.  Everyday brings something different which is exciting.

How would you describe yourself in three words?

As it is International Women’s Day, which female inspires you and why?

Karren Brady, Baroness Brady of Knightsbridge CBE. She is the personification of focus and professionalism. She conquered the footballing world – not easy for a woman. She also comes across as being very funny.