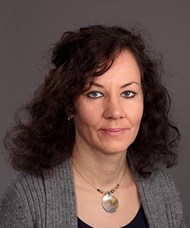 After first being announced in the 2017 budget, T levels will become a reality in under six months’ time, as part of the government’s ambition to overhaul technical education.

The preparations of providers who will deliver the first T levels from September in digital, construction and education and childcare has been a particular area of interest for NFER.

Our research over the past year has highlighted a number of reasons to feel optimistic.

The findings show that providers are preparing determinedly for delivery, feel well supported, and are generally confident in their staff capacity and expertise to deliver from September. Nevertheless, over this period, providers have also identified some challenges.

The most significant of these are: the size of the qualification, a need for more flexibility regarding the industrial placement element, uncertainty about progression routes, and the level of awareness amongst young people and their parents and carers.

While the majority of providers are FE colleges, secondary schools can play a vital role in providing information on T levels to the above groups.

To gain a deeper understanding of how aware secondary schools are about the new technical qualifications, we recently engaged with over 700 senior leaders and classroom teachers from 588 secondary schools via our Teacher Voice Omnibus Survey.

The findings indicate that, while the majority of senior leaders (85 per cent) had heard of T levels, awareness amongst classroom teachers was significantly lower (only 41 per cent).

As some schools will be located closer to a T level provider than others, we also explored how this proximity might have affected awareness.

The most pressing issue, though, relates to how well informed senior leaders and classroom teachers felt.

A concerning 83 per cent reported that they were ‘not very well informed’ or ‘not informed at all’. The vast majority also reported that their colleagues had low awareness. Here, distance from a T level provider showed little difference in awareness, with no clear pattern emerging.

Our research found that those respondents who were aware of T levels wanted to deepen their understanding around content, structure and assessment. There was also a desire to know who they should target; how they are valued by employers; how they compare to other qualifications and which subjects will be available at which institutions. Finally, along with a demand for greater clarity around entry requirements in order to help identify suitable pupils, senior leaders and teachers wanted to learn more about progression routes.

It is worth noting that the detail on some of these areas is still being worked out by the government, which will have made the provision of comprehensive information difficult. For example, the qualification specifications are just becoming available this month.

There is also uncertainty around progression routes and credibility with employers, which can only be properly assessed once T levels are in delivery mode.

Whilst the government’s NexT Level campaign is a positive step in the right direction, the evidence points towards more work being needed to raise teachers’ awareness of T Levels and equip them with an understanding of what they are, who they target and the benefits to be gained from taking them.

Our insights suggest that further and speedier progress is needed as the clock counts down to September.

Suzanne Straw is the education to employment lead at the National Foundation for Educational Research (NFER).

This article was first published in TES on Monday 16 March 2020. This can be viewed here.