By Olly Newton, Executive Director at the Edge Foundation

As part of our 75th anniversary, under the theme of ‘The Future of Education’, we have asked a series of guest authors to contribute to a series of blogs commemorating our milestone year.

In the first blog in the series, Olly Newton, Executive Director at the Edge Foundation, takes an in-depth look at the challenges facing apprenticeships, and the changes required to make them as beneficial as possible. 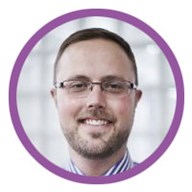 The challenges facing apprenticeships can be easily illustrated by the widespread misconception surrounding the age of the ‘typical’ apprentice. Although the traditional conception of an apprentice is a young person just starting out in their career, the figures show that the majority of apprentices are older workers, and existing employees of the company where they are doing their apprenticeship.

This is a particular challenge coming from the introduction of the Apprenticeship Levy, as that places an incentive on large employers in particular to ‘get their money back’. When considering the added expense of hiring new apprenticeships, they can instead look to change slightly the work of existing employees, avoid taking on additional costs, and regain some of these lost costs.

In fact, many of these apprentices don’t even know that they’re on an apprenticeship, particularly older employees who see little actual change to their daily work. Even if their standard routine does change, we have found they are often told that they are on a company training course, with the business organising only nominal change in a bid to gain access to the Apprenticeship Levy money.

With increasing concerns over youth unemployment, particularly in the wake of the pandemic, I would argue that we need to focus more on how apprenticeships can actually work for young people, and so take the programme back to its traditional goals.

So how can we do this? I’d argue by rebalancing the levy to focus more on age groups. We have seen this work well in Northern Ireland, where apprenticeships for 16-18 year-olds are fully funded, and then as apprentices get older their employer receives lower proportions of funding. Businesses can still choose to offer apprenticeships to older workers – there’s certainly a role for upskilling and training existing employees at larger companies – but this then doesn’t mean that younger people are missing out on vital opportunities.

What’s more, we need to maximise the number of apprenticeship opportunities available. At present, the Government gears its apprenticeship policy towards larger businesses – understandably so as they are more likely to engage with designing policy, and due to their size find it easier to open the right doors.

However, while this may be well-intentioned on their part, it means that the policies which work well for them are unsuitable for their smaller counterparts who are then unable to offer high-quality apprenticeships. The apprenticeship programme needs more flexibility, and it needs to work better for small and micro businesses.

The key is simplicity, and reducing bureaucracy wherever possible. One possible solution is the ‘Apprenticeship in a box’ idea, whereby a sector training provider designs a template apprenticeship, making it as simple as possible, which smaller businesses can easily adapt to suit their own resources.

If Government supported different sectors to produce more simple templates like this, which can then be scaled up to suit larger businesses, then more organisations would be able to provide high-quality, genuinely useful, apprenticeships.

Another solution is intermediary organisations, Apprenticeship Training Agencies (ATAs) who can work to take the bureaucracy away from a collective of small businesses. This could work fantastically with business or science parks, which host a number of budding companies, as for a small fee the ATA organises a number of apprentices, coordinates with the businesses to place them, and ensure there are always exciting roles for them to take on. If a company leaves, or unfortunately goes bust, the apprentice is just moved to a new member of the group.

We know these solutions can work, but they are too sparsely used to make a real difference. There appears genuine intent from the Government to support the apprenticeship programme, but until it refocuses the programme to better support young people, simplifies the process, and helps promote the wider use of ATAs, we will continue to see this programme fail to help the young people who most need it. To truly support the idea of levelling up, and using the apprenticeship programme to drive social mobility, we need to see these changes.