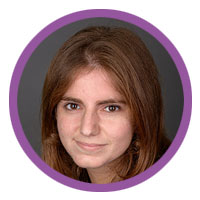 This blog was first published by Children and Young People Now

A recent government policy to change how funding for disadvantaged pupils is allocated this year has attracted widespread criticism. Today (18th March), NAHT published survey evidence which shows that change will leave many schools with less funding to support their disadvantaged pupils than they were expecting to receive. Given the significant challenges schools are currently facing in supporting their pupils and the increased financial pressures on schools which have arisen as a result of the pandemic, anything which reduces the potential funds available to schools will only exacerbate the current challenges.

The Pupil Premium was introduced by the Coalition Government in April 2011 to raise achievement and improve outcomes for pupils from low income families. In particular, it was intended to help address the persistent gap in attainment between disadvantaged pupils and their more affluent peers.

Three times a year the DfE collects data from schools on the number of pupils they have. These take place in October (known as the Autumn Census), January (Spring Census) and May (Summer census). In recent years, Pupil Premium funding has been paid to schools based on the number of pupils who claimed free school meals, or who have claimed free school meals in the last 6 years as recorded in the Spring Census. Currently, schools are given £1,345 for every primary age pupil, or £955 for every secondary age pupil who is recorded as meeting one of these criteria in the January Spring Census.

In December 2020, the DfE announced it would be changing the basis of Pupil Premium funding such that payments would be based on schools’ October pupil count rather than the traditional January count.  Furthermore, DfE said this change, on which it did not formally consult, would take effect immediately so Pupil Premium funding for the financial year starting on 1 April 2021 will be based on the October 2020 census. Its rationale was that this would bring Pupil Premium funding in-line with other pupil-led school funding which is based on pupil counts in the October census (Department for Education, 2021). The Government has also argued that, for future academic years, this policy will provide both schools and DfE with greater certainty around future funding levels earlier in the year.

However, many schools will lose out on the funding as a result of this policy. Some schools may have been unable to organise free school meals claims in time for the October census. It can often take time for schools to identify pupils eligible for free school meals and for the families of eligible pupils to apply, as this process is managed by local authorities. This is likely to have been a particular challenge for schools this autumn as the disruption to learning created by the pandemic may have delayed eligible parents claiming for free school meals during the last academic year. In turn, schools would have reasonably expected to have had until January 2021 to record ‘new’ free school meals eligibility.  As the change in dates was announced without prior notice and was backdated by the time schools were made aware of the change, it was too late to update their census information. Even in future years, schools are likely to find it challenging to identify eligible pupils and ensure they apply for free schools by the beginning of October, particularly primaries with year groups who are new to the school system.

The pandemic has already created significant additional strains on school finances. Our NFER report published in December found schools had incurred substantial additional expenditure to meet the costs of Covid-19, and had lost a significant share of the self-generated income they might usually expect to generate (e.g. by renting out their premises).

Our research also identified that the existing and new funding provided by the government in 2020/21 was insufficient to cover the additional costs of the pandemic for some schools. We identified around 1,500 schools which were particularly at risk, which had either a deficit or a small surplus before the pandemic, whose notional increases in funding in the 2020/21 academic year would not have covered their usual school cost increases (e.g. teacher pay increases) and Covid-19 costs.  Without additional support, there is a risk these schools will need to divert resources (e.g. for teaching and catch-up) or place additional pressures on their workforce to meet current financial pressures.

Even in a normal year, backdating the basis of the Pupil Premium from the January census to  October would have presented difficulties for schools as it can take time for schools to identify families whose children are eligible for free school meals.  Given the financial pressures which schools have faced as a result of the pandemic, anything which reduces the potential funds available to schools, particularly funds which schools had been expecting to receive, will make their jobs even tougher.