The known unknowns of teacher supply

There is a lot written about the current teacher recruitment and retention ‘crisis’ but I think we need to hold our hands up and admit that there are some things that, empirically, we just don’t know... yet.

Last week, Schools Week ran an article headlined ‘Schools left with 10 per cent of posts unfilled’. Having worked on this topic for the past nine months, the story caught my eye. Has new data on vacancy rates been released by the DfE? Has another research organisation found a way of gathering this data? Have Schools Week reporters uncovered a vital statistic that the rest of us had missed? Well, not quite. 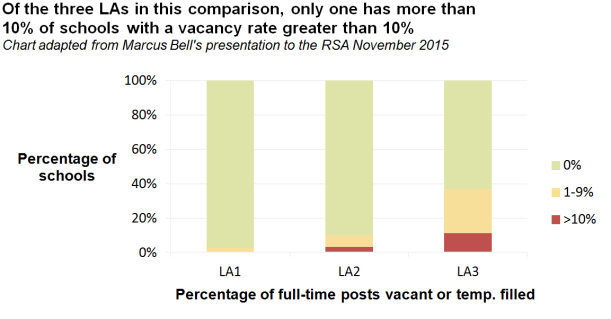 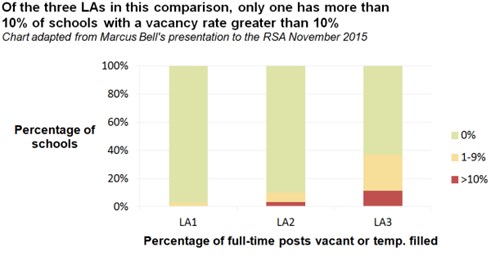 So technically, yes, there are schools in which 10% of posts are unfilled, but not many. In fact, Marcus had used the data to illustrate this point:

“This data needs further analysis... [it] doesn’t tell you very clearly that things are good or bad, it tells you that things are complicated and there’s more to look at.”

But this is easier said than done. Good research takes time and it takes good data. Some analysis – like NFER’s report Should I stay or should I go – can be conducted using existing data, but this is limited by what has been asked before. Collecting new data can give greater insight but it takes time to collect and requires willing participants to help. NFER is, however, pursuing both of these routes.

Our new project, Further evidence on teachers who stay or go, aims to understand better the experiences and intentions of teachers. The research will explore how engaged and supported teachers feel, track this over time, and analyse how this relates to their intent to remain in the profession or to leave. Right now we are at the fieldwork stage, recruiting teachers who are planning to leave, or have recently left, the state sector to take part in short telephone interviews.

The NFER research will be published before the summer holidays and can go into the box of ‘known knowns’, hopefully to influence and to inform policy and practice. But I suspect there will still be a good supply of known unknowns for other researchers, policy makers and journalists to tackle.

And don’t even get me started on the unknown unknowns!