To mark Safer Internet Day in 2015, the London Grid for Learning commissioned NFER to conduct a survey of 16,855 London children aged seven to 16 to find out about their online activities. This year on Safer Internet Day we can reflect on the results.

As you might expect, Internet use – at home and at school – is very common. The 2015 survey found that nine out of ten young people access the Internet at home through a range of devices but in this rapidly changing field this may have moved on already. Interestingly, we found significant differences between boys and girls in their use of devices; girls are more likely to use a mobile phone and boys far more likely to use a games console. 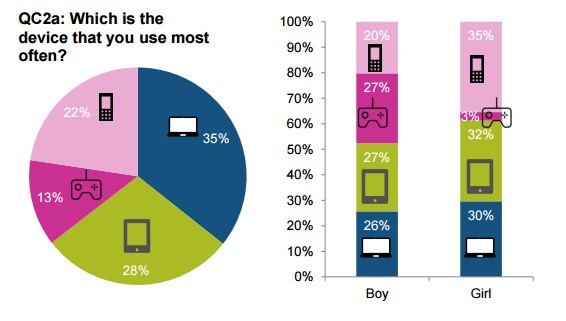 So what are they doing?

Overall, the picture is positive. The survey confirmed that children use technology to play, study and communicate with others. Most have positive experiences online. On the whole they are sensible and do not put themselves ‘at risk’. However, there remain a number of areas where schools can support children – and their families – in increasing their online safety.

39 per cent of children admit that their parents do not know what they do online ‘always’ or ‘most of the time’. It is, however, reassuring to find that actually over half (52 per cent) report that they spend their time online doing school work or studying. Three-quarters (76 per cent) report that they like playing games online, but as they get older they play games less and spend more time on social networks and chat sites. Overall, the use of the Internet becomes more diverse as children get older. There are also gender differences. More girls than boys listen or download music and use instant messaging. Conversely, more boys than girls report using YouTube and playing games. 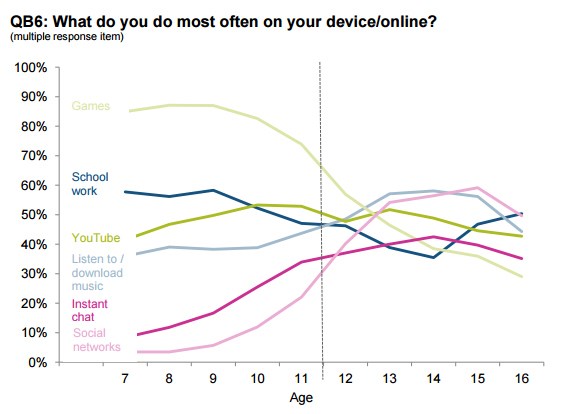 However, many children play games not suitable for their age and a small but concerning minority play 18+ rated games. Of the children playing age-inappropriate games, two-thirds are boys. Similarly, over half of children report that they use social network sites. Most social networks recommend use by those aged 13 years and over. Despite this, a significant proportion of their reported use is by respondents under the designated age.

Bullying is the issue that affects the most children. One in five reported that they have been bullied online, but our survey also found that where children reported the bullying, this did usually help and in many cases the bullying stopped.

There are also a minority of children – around one in six – who reported that they have found or have been sent things online which made them feel uncomfortable or worried. This included rude images (nudity or pornography), personal insults or bullying, offensive language or swear words.

So, on Safer Internet Day 2016, what can schools do about these findings? The full report includes a set of questions for schools to reflect on and actions that can be taken. Here are four ideas to start you off:

1. Tackle online bullying through a whole-school response. Activities could include helping children empathise with ‘being in someone else’s shoes’, considering the issues of being a ‘bystander’, and exploring the impact of various behaviours and enabling children to be thoughtful and ‘kind online’.

2. Help children develop understanding of social networking. Activities could include enabling young people to ‘model’ using social networks, (perhaps through simulations or controlled educational environments or learning platforms), so they understand about privacy settings, how to block and how to behave online.

3. Help children develop ‘digital literacy’ by discussing the likely intentions of different authors and considering whether what we see or receive from others online is therefore fact, fiction or opinion.

4. Track the situation in school and monitor changes over time using NFER’s Safety and Bullying themed pupil survey, which includes questions on internet safety and bullying.