What impact has the pandemic had on our youngest learners? 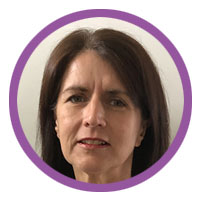 NFER’s study of over 10,000 KS1 pupils in the 2020/21 academic year has found that, on average, children were around two to three months behind where they might have been had the pandemic not happened.

The work, carried out for the Education Endowment Foundation (EEF), showed the gap between disadvantaged pupils and their peers had widened from pre-pandemic levels. In addition to this, we noted a concerning increase in the proportion of children unable to gain even a small number of marks across the papers.

Interestingly, we also saw different patterns in children’s performance in maths and reading. For reading, the lower attainers were most impacted by lost time in school. But in mathematics a much wider ability group saw their progress negatively affected.

While the assessment data naturally makes the headlines, the study took a more holistic approach and also considered the issues schools were facing. It’s easy to assume that once children were back in school the problem was solved, but schools were still facing high levels of absence, changes in practices and the need to adapt the curriculum.

Children and teachers had to establish new classroom routines. Teachers paid even more attention to pupils’ wellbeing and worked hard to ensure additional pressure was not placed on parents and children in an attempt to rush pupil recovery. The study also recognises that knowing the size of the gap is only half the story, and provides detailed diagnostic information on the assessments. The aim is to help teachers identify common misconceptions and provide them with ideas to remedy issues.

And although the headline findings are indeed concerning, the study also provides some good news. By tracking children’s performance across the year, we see evidence that recovery is already beginning in mathematics in both year 1 and year 2.

The diagnostics showed some positive outcomes, with children able to perform at least as well as their pre-pandemic peers in certain areas of the curriculum, and actually outperforming them in a small number of areas.

Anecdotally, teachers told us they felt better equipped to cope with the second set of partial closures. The fact that the gap didn’t increase during that time corroborates that, and shows how effectively schools were able to manage remote learning once the tools were in place.

Many headteachers told us parental engagement had improved considerably during both partial closures. This was something they were working hard to maintain moving forward, and could have a profound impact on sustaining the recovery.

And while some teachers did report concerns around pupils’ wellbeing, another positive finding is that children’s social skills do not appear to have been significantly impacted by the school closures.

However, nearly two years on from the start of the pandemic, and with the threat of more school closures in the air, there is very clearly no place for complacency. As well as the differences in recovery between maths and reading, gaps still remain and disadvantaged children are considerably behind at what is an early and foundational stage of their education.

For all the extremely hard work schools have put in to close these gaps while dealing with so many other issues, they have simply managed to prevent them from increasing. They now need increased support and resources to put the trend into reverse.

Even without closures and an all-out return to remote learning, high levels of staff and pupil absence will test the resilience of children, parents, teachers and schools. And that resilience is absolutely key to laying the groundwork for the rest of their educational journey.

It is easy to focus on the milestone years, but the adaptability of these young children should not be assumed. The recovery must be for all if it is to be sustained, and that means ensuring children are ready and able to learn and develop effectively into the future.

And without further support and resources, too much relies on the resilience of an already stretched workforce going into what is likely to be a highly disrupted term.