What position will an incoming Prime Minister inherit? 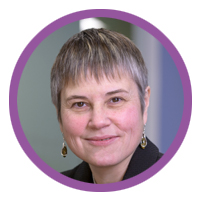 The education system is struggling to recover from Covid and the significant impact on children’s learning resulting from school closures and pupil/teacher absences.

Recent results from National Curriculum Tests at the end of primary school show that only 59% reached the expected standard in reading, writing and maths in 2021/2022, compared to 65% in 2018/19. Progress has been particularly slow for young children who are learning to read and those from disadvantaged backgrounds - the attainment gap between disadvantaged children and their peers has widened.

Debate has focused on whether the government is doing enough to support children’s learning recovery, as well as their mental health.

There is also a looming teacher supply crisis and uncertainty over whether the government’s recent 5% pay increase for experienced teachers in 22/23 will be sufficient to retain them in the profession. There was a temporary increase in applications to teacher training during the pandemic (as other career options were more limited) but numbers applying this year are forecast to be significantly below target. High teacher vacancy rates put pressure on teachers and leaders and threaten the quality of education.

Underpinning both of these issues is the question of school funding. The schools’ budget is increasing from £49.8 billion to £53.8 billion between 2021/22 and 2022/23, but per pupil school funding will still be lower in real terms than it was in 2009/2010. In recent years increases in core school funding have also been focused towards more advantaged schools, making the challenges facing disadvantaged schools even greater. While 16-18 funding has seen a big recent increase, this follows a long period of lower funding increases per student than both compulsory and higher education.

Following a Schools White Paper in March, legislation is now making its way through Parliament. The policy measures are designed to achieve some ambitious objectives – to increase the percentage of children achieving expected standards at primary school to 90% and the average grade at GCSE to 5, by 2030. But there are questions over whether there is enough funding available to achieve these objectives and much debate over the appropriate structure of the school system.

Post-16 education is in a state of transition, as new technical qualifications are introduced (T-Levels) and with a new Skills and Post-16 Education Act recently enacted focusing on improving skills provision, particularly at the local-level. The future qualifications landscape will be particularly important for students from lower income backgrounds as they rely more heavily on non-academic routes to progress.

Immediate and long-term issues
The government’s decision to increase teacher pay by 5% (rather than the 3% it originally proposed in the spring) may go some way to addressing concerns about teacher supply. However, simply increasing teacher pay without additional funding risks putting pressure on school budgets, which are already contending with high energy prices and other inflationary pressures.

The central plank of the government’s recovery strategy is the National Tutoring Programme (NTP), which aims to help children most affected by the pandemic to catch up with their learning using small group tuition. It has experienced a number of challenges over the last year. The government has appointed new suppliers to deliver the programme next year and will need to consider how best to extend the reach of the NTP and build the evidence base on how best to maximise its effectiveness.

The Schools Bill has seen extensive amendments since it started making its way through Parliament. A myriad of issues still need to be resolved, including the appropriate governance and regulatory structures within which our schools will operate in future. Plans to move all schools into larger groups by 2030 (“strong” multi academy trusts) are likely to remain contentious. And with the primary school population expected to decline by almost a fifth by 2032, this will undoubtably create additional system-level challenges to overcome.

The recent Special Educational Needs and Disabilities (SEND) and Alternative Provision Green Paper highlighted how the current school system is failing to deliver for some of the most vulnerable pupils. The government will need to tackle long-standing challenges to ensure these pupils have access to appropriate support and opportunities.

Whilst the government is making a number of changes to the post-16 landscape and increasing the role of employers in articulating their needs, there is a longer term question over the skill needs of the future. The world of work is changing – driven by climate change, technology, automation and demographics. Young people are likely to need different skills in future to succeed and the government needs to consider how the education system can support them to acquire these skills.

Implications of potential policy choices
Public funds are always stretched and the government has a cost of living crisis to manage. However, if there is insufficient investment in education we will see the impacts for decades to come in terms of a lower skilled and less productive workforce and lower economic growth.

The level of school and college funding, teacher pay and the scale of recovery initiatives have the potential to either weaken our education system and growth prospects, or enable them to flourish.